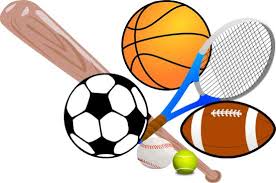 If all the prognostications for the upcoming sports seasons hold true, 2016 will be monumental. All four major sports leagues have potential champions that range from the old hat (New England Patriots, Chicago Blackhawks) to the long overdue (Chicago Cubs, Washington Capitals, Cleveland Cavaliers). These intriguing storylines, should they come to pass, would draw the interest of many non-sports, Kardashian-following fans along with the diehards, and will no doubt bring record ratings and attendance. To wit:

NFL—It’s widely accepted that this NFL regular season is merely a formality before the Patriots meet the Green Bay Packers in February’s Super Bowl, especially if Packer wide receiver Jordy Nelson can make it back from injury for the playoffs. This Super Bowl will have plenty of subplots—Tom vs. Aaron, Giselle vs. Olivia, Belichick vs. The Media, Gronk vs. Himself—that the two weeks of hype between conference championships and the big game may not be enough time for the insatiable media to digest it all. Super Bowls always have astronomical TV ratings, but this game will almost surely smash the record.

NHL—The two survivors from their respective conferences of this way-too-long, is-it-over-yet regular season could be the Capitals and the Blackhawks. Should the Caps win, it would be their first Stanley Cup since they entered the league in 1974. And with their franchise being in the nation’s capital, it always draws the interest of certain heads of state. If the Blackhawks win again, it would mean back-to-back Cup titles, four of the last six, and conversations of having the “mini” taken away from their dynasty label.

NBA—The talk in the NBA is all Lebron, all the time. The pressure is on King James, and his ailing back, to bring the city of Cleveland their first NBA championship ever, and that city’s first title of any kind since 1954. If his teammates can avoid the injuries that plagued them last year, Lebron will be immortalized in Cleveland, and MJ comparisons will commence in earnest.

MLB—1908. By now everyone knows that’s when the hapless Cubs last won a World Series. In 2015, these Lovable Losers gave everyone palpitations with their playoff run, and now the expectations are high for this young team to finally break the drought. If they pull it off, REM’s “It’s the End of the World As We Know It” will no doubt blanket the local airwaves, and Chicagoans will feel fine.