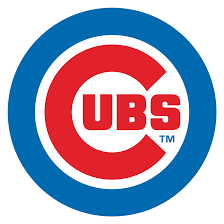 Since the Cubs advanced to the NLCS on Tuesday, Chicagoans are in a frenzy. We’ve seen baseballs preserved for the ages with Kyle Schwarber’s moonshot, top-of-scoreboard-landing home run  encased in glass. We’ve had players immortalized (“Babe Schwarber”), and a manager treated in interviews as if his words are coming from Mt. Olympus. And now with Vegas oddsmakers proclaiming the Cubs favorites to win it all, the city is practically mapping the victory parade route. People are pointing to an otherwise forgettable movie, 1989’s “Back to the Future II” as brilliant and prescient for predicting a Cubs World Series. I love a good party as much as the next guy, but let’s dial it back for a second.

Sure, beating the Cardinals in four games was impressive (the funniest description I heard was by a co-worker who said, “It was like re-living your first orgasm”), but it was JUST ONE SERIES. There’s still a lot of baseball to be played yet. The Mets are no pushovers, and their pitching (which, lest we forget, wins championships) may be better than the Cubs’. And they are riding high after a tough series with the Dodgers.

More importantly, the Cubs are young. Everyone loves that they’ve gotten this far with a lineup of “kids,” but a funny thing about kids is they make rookie mistakes. And with all the hype surrounding them now, how will they react to it? Can Joe Maddon keep them grounded long enough to remember there are still eight games left to win?

Now, I don’t want to sound like a killjoy. I bleed Cubby blue too. I just worry that the Cubs Nation is teeing itself up once again for an epic letdown. So let’s take a deep breath and at least wait for the series before the Series to even start.