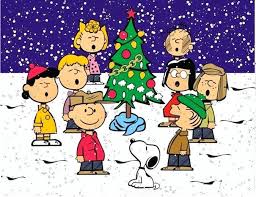 I am the biggest pushover when it comes to Christmas. I just love this time of year. I know it’s grown into a big commercial gimmick, known it for a long time. But I don’t care. I gear up for it still. I watch Hallmark and enjoy shopping (online only, of course), decorating the Christmas tree, and wrapping presents. And watching George Bailey rise from the depths of despair to realize that “It’s A Wonderful Life” still brings me grins. Way to go, George. Take that, Mr. Potter. Watching it on the big screen is extra special.

But I especially love the music. Recently, while on a long car ride, my radio was tuned to the All-Christmas, All-the-Time station, where it has been parked since early November. While silently singing along to the tunes, I got to thinking about some of the songs’ lyrics. Some are timeless—”Jingle Bells,” “Silent Night”—, but others could use some 21st-century scrutiny.

So here are 10 Christmas songs that may need revisiting to conform with today’s standards, along with some general musings.

1) “I Saw Mommy Kissing Santa Claus”—You just know if that happened today, there’d be a video of it and soon Santa and his paramour would be plastered all over TMZ and Twitter. Cameras would be parked outside the North Pole workshop, wanting a reaction from the jilted Mrs. Claus. But it’s always the kids—or elves—who are hurt most by these scandals.

2) “All I Want for Christmas Is You”—Are we supposed to believe that’s all Mariah Carey wants for Christmas? So if her new beau shows up Christmas morning empty-handed, she’s kosher with that? Dude better drop a little something in the diva’s stocking, or chestnuts will indeed be roasting on an open fire.

3) “Frosty the Snowman”—His route down through the village and here and there all around the Square would be blocked by climate change protesters. They’d demand Frosty go green by replacing his eyes made out of coal with something more environmentally friendly.

4) “Rudolph the Red-Nosed Reindeer” (Part 1)—While we’re on the subject, someone needs to tell Santa that climate concerns are global and we all must pitch in, including him. Does he really need all that horsepower to fly his sleigh? It’s scientifically proven that one of the biggest causes of global warming is farm animal flatulence. Eight reindeer (nine, including Rudolph) seems excessive. Surely, Santa can do his part to save the earth and reduce gas emissions by cutting back on flight crew. Now comes the hard part—the layoffs.

5) “Rudolph the Red-Nosed Reindeer” (Part 2)—Ya ever wonder why Rudolph’s nose was red? Could it be that maybe he had one too many slurps from the trough of Mrs. Claus’ spiked eggnog before he left on his route? And what about Santa himself? Maybe he figured he was in for a long night and thought he’d down one for the road, a little shot or two of Santa’s Helper to get him through the Christmas Eve rush hour congestion. His driving ability may very well have been impaired, which would explain why…

6) “Grandma Got Run Over by a Reindeer”—Hey, Santa was never given a field sobriety or Breathalyzer test. Should the elves have taken Santa’s keys to the sleigh before they embarked on their journey? Why wasn’t there a designated driver? Maybe this tragedy could have been averted and Granny would still be with us. We’ll never know.

7) “Santa Baby”—She’s cozying up to Santa to reap a Christmas windfall, but this cupcake better hope the IRS doesn’t get wind of her booty. Otherwise the next thing she’ll be asking Santa Baby for is a good tax attorney.

8) “Baby It’s Cold Outside”—Can this guy not take a hint? She wants this guy to get lost so bad that she is willing to risk snowmageddon and  freezing to death just to get away from him. Dude, what’s it gonna take for you to realize she’s just not that in to you?

10) “You’re a Mean One, Mr. Grinch”—Judging from that characterization, it seems the distinguished gentleman from Whoville is a perfect candidate for Congress. And the crazy part is, he’d be considered one of the good guys.