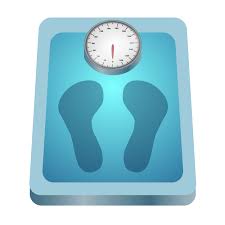 This past Christmas my sister got me a subscription to WW. I resisted asking her if she was trying to send me a message. Besides, she said she’d pay for the first three months, and if I sign up, she gets two free months. So I figure, what have I got to lose, besides some excess weight (hey, I think I just came up with a slogan that only 10,00 people before me have).

OK, so that’s done. What’s more, if I lose the 10 ellbees in the first two months, I get an additional two free months. An incentive, I suppose. Nothing like what those ballplayers get, like an additional $5 million for managing to arrive to work and actually perform for more than half the games, but it’s something. Anyway, this whole week I knew my last weigh-in loomed on Monday. I was so close already; my last weight log showed me just 2.4 pounds away from the Big One-Oh. But the clock was ticking and I knew I had to be on my game to reach the checkered flag.

The hard part for me is to not stray from my routine. I’ve always done well if I stuck to the script, but life sometimes doesn’t consult your schedule, as it didn’t on Sunday, the day before my weigh-in. The entire week brought no surprises, but yesterday, the day before the culmination of my two-month torture, I received a call from a buddy who wanted to get together for lunch. That alone was not a problem. It’s where he wanted to go that was. He wanted to meet up at our favorite high school hangout, Palermo’s, proprietors of the world’s best, and cheesiest, gooeyest pizza. This place could torpedo any dieter’s chances for success. Nowhere will you find one of their entrée recipes on the WW Zero Points list. More likely they would be assigned mid to upper-mid double-digit points. This place, man, I just drive past the joint and I gain 3 pounds. I was doing great all week, but this one meal could blow me out of the water. Needless to say, this was not on the map to victory and could serve as the reason—the only reason—for my not making it.

I found my buddy already sitting at the table. He got up and we exchanged bear hugs before I took my seat. The wait staff didn’t miss a beat. There sitting smack in the middle of the table was a plate of olive oil, sprinkled with parmesan cheese, and a loaf of Vienna bread. Warm Vienna bread. That I managed to not extend my arm the entire time to partake was excruciating. My reflex was to grab a fistful of white carbs and dunk like Lebron on a breakaway. But I didn’t. I also resisted having a cold brew, instead opting for the much less flavorful unsweetened iced tea.

OK, that was test number 1. The big determiner of my willpower, or lack thereof, would be when the pie hit the table. I knew I was gonna take the plunge, the question was how much of one. About 20 minutes later it was showtime—the pizza finally made its appearance in front of me. Hot, aromatic, and dripping with greasy goodness. It was as if it were speaking to me. Actually, not only speaking, but trying to seduce me. Come on, big boy, you know you want some. Everyone has his weakness, and pizza is mine. Palermo’s even more so.

So I rolled up my sleeves and prepared for battle. When I took that first bite, all bets were off. The barn door swung open and the stallions were in full gallop. When my taste buds discerned that thick cheese and sweet sauce, I tried to employ all the tips I read about: chew slowly, put your fork down after each mouthful, try to savor each bite. And you know what, it worked. Sorta worked. I managed to not eat the crust, in an effort to reduce the carb count. I just chewed off the top as if I were eating a snow cone—my buddy looked at me like, “What are you doing”?—and I just left the crust pieces pile up on my plate like poker chips.

I left the restaurant with the feeling of a moral victory, if not a dietary one. On the ride home I tried to buoy my spirits with affirmations. The way I saw it, I stared the big bad wolf in the eye and we fought to a draw. But would my supernatural (for me) efforts be enough before tomorrow? The weigh-in loomed at T-minus 14 hours.

I didn’t eat anything the rest of the day. In the morning I only drank water with my meds, and I shoved a banana—which I would eat as I got off the scale and would serve as self-congratulation or self-pity—into my jacket pocket as I headed to the local WW center.

I stood in line and waited my turn. The entire time I repeated a mantra of, Think light thoughts, think light thoughts. All the while trying NOT to think about Palermo’s. I handed over my phone to be scanned, kicked off my Crocs, and went left-foot-first onto the scale. Now it’s only seconds away. Oh, the anticipation. I felt like an actor nominated for an Academy Award and hearing, “…and the Oscar goes to…”

I stepped off the scale and looked into the attendant’s eyes for an indication. Nothing. JUST TELL ME ALREADY! Finally, she said, “Well, it looks like you had a good week. In fact, you lost 2.4 pounds, which brings you to 10 even.”

She handed me a memento to mark the occasion.

“No, thanks. I don’t mind celebrating alone.”

First milestone reached. Please don’t ask me how many more to go.