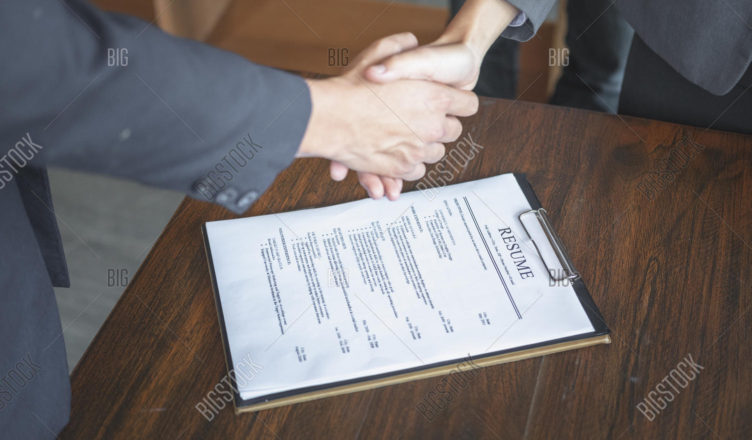 Of the guarantees in life, there are death, taxes, and, only slightly less uncomfortable, job interviews. If you haven’t been on one, it means you’re either not yet eligible for the workforce, or you’re a rich scion whose life has been pre-ordained.

A job interview can be seen as a way to dazzle someone with your greatness. Your track record is so impressive, the interviewer will be sitting in awe of the majesty before her. This is how it should be. And for someone with sufficient self-esteem, an interview is just another meeting.

All the great ones have the “it” factor, that burning desire and confidence inside that does not allow any pitfalls in their path, including persons of authority. If someone deemed inferior is standing in their way, even if that person is in a position of power, it’s only a matter of time before that obstacle is removed. They’re great, and they know it. And they’re not afraid to let you know it. It’s seen in their gait, their speech, their demeanor, their, as they say, swag.

So when it’s time for one of these types to have an interview, whether it’s an athlete, lawyer, businessman, or computer geek, the interview is merely a formality to the inevitable: the employer extending an offer because, well, they need you more than you need them.

Sadly, I am not in this group.

I worked in IT for many years as a consultant, and the nature of that work often meant working on temporary assignments. Once that fire was extinguished, the contract was up, and on I went to the next gig, hopefully richer for the experience.

I have had literally dozens of jobs in my professional career, which means I’ve had dozens of interviews. And each time I dreaded them. Some because I didn’t feel qualified for the job (and some of those times I wasn’t). Others because I didn’t want the job anyway, I just wanted to brush up on my interviewing skills so when a job I do want comes along I’ll be better prepared.

Interviews are by nature awkward. You’re uncomfortable because you’re dressed in clothes that you haven’t worn since your last interview, and won’t wear again till your next interview or you attend a wedding, whichever comes first. You’re meeting someone for the first time, and whether you have rapport or not you have to pretend you like them, and what they’re saying about their company is fascinating. And all the while you have to remember the rules of interviewing: firm handshake, no “umms” and “you knows,” eye contact as if you’re hanging on their every word, and of course, that constant grin. Interviews are like sex: sometimes you have to fake it.

Chances are, the interviewer is none too crazy about being there either, as he or she has other pressing work matters to address, and all you’re doing is taking time away from that. But they too have to fake it. Fake that they’re happy you made it in to see them, fake being nice when really they’re Type A personalities, and, sometimes, fake being impressed with your credentials.

But they play their part and you play yours. There are more phony grins at these things than there are at a beauty pageant. I wonder how much these interviews have contributed to my crow’s feet.

For me, the worst part about being interviewed is always feeling on the defensive, like it’s an interrogation. The only thing missing is the bright lights shining in my eyes. I’m on trial. Not for my life, but for my integrity. Instead of “where were you on the night of the 11th”? it’s “what makes you think you’re qualified to work here”? Here I am having to justify my career to a stranger, only to have her pass judgment on me. I’m pleading my case to the Honorable Job Interviewer in the hopes she finds in my favor.

But interviews are a necessary evil, and this morning I had my latest. I was able to get in and out of there in 45 minutes. It’s always nice when you’re back in your car in less than an hour. How did I do? You never can tell with these things. Sometimes you drop the ball, and yet they still love you, and other times you kill it and leave there feeling great, only to find out later they’ll take a pass.

Will I get the offer? Who knows? Here’s what I do know: My handshake was firm, my eye contact was steady, and my grin was like I’d seen a rainbow for the first time. A verdict, oops, I mean a decision is expected soon.